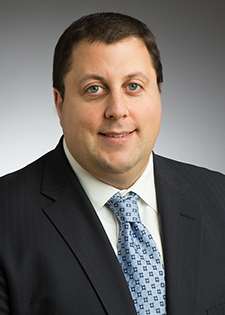 Mike Demetriou joined Baum Realty as Chief Operating Officer in 2012 and became Baum Realty’s President in 2016. Mike handles the day to day management and operations for Baum Realty, with a focus on business development and recruiting.

An attorney, Mike was previously associated with Sidley Austin and Dentons where he focused on the financing, acquisition, disposition, and leasing of commercial real estate throughout the country. Significant representations included KeyBank, JPMorgan Chase, Metro Storage, Royal Bank of Scotland, Starwood and Wells Fargo. His practice also included zoning and land use matters for businesses and universities as well as non-profit entities. On a pro-bono basis, Mike also represented the Frank Lloyd Wright Home & Studio, the Peggy Notebaert Nature Museum and Mike also served as general counsel to The Cara Foundation.

Prior to his career as an attorney, Mike worked in executive compensation for Hughes and Lucent and managed business development for a closely held telecommunications consulting firm. Mike received a Bachelor of Science degree from Cornell University and a law degree, with honors, from Chicago-Kent College of Law.

Mike volunteers his time with the Lake View Pantry, and he currently sits on the Board of the Francis W. Parker School. He is also an active member of Young Presidents Organization (YPO) Chicago-Windy City Chapter.